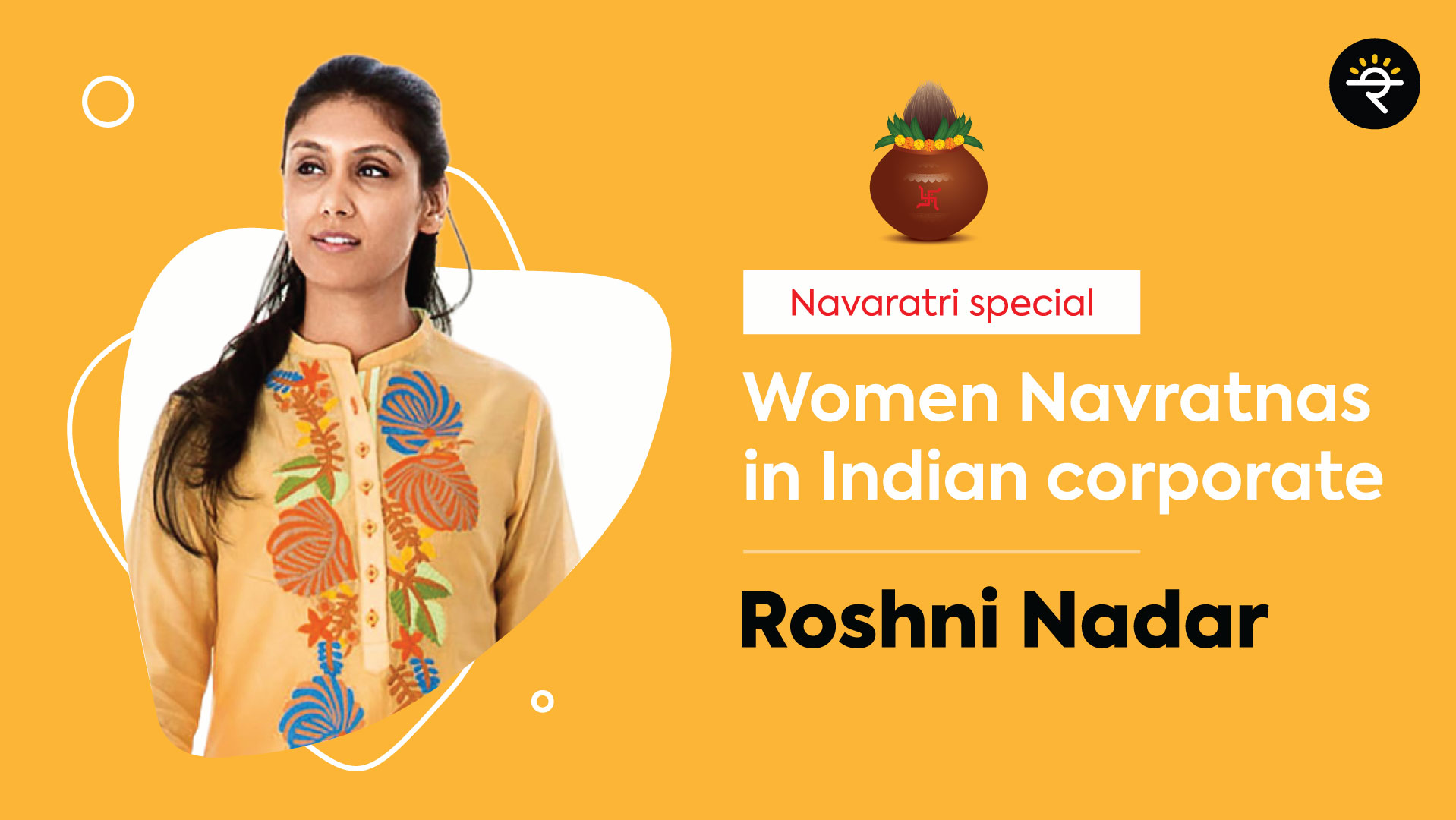 The richest woman in India is leading a 2.5 lakh crore enterprise and is the only female in India to head a giant IT company. As per Forbes World’s 100 most powerful Women, she is ranked in 55th position and has also been awarded the most innovative people award for philanthropic innovation by the world summit on innovation and entrepreneurship.

Yes, we are talking about the 40-year-old billionaire Roshni Nadar Malhotra and will know some of the unknown facts about her and how she is leading the giant IT firm HCL technologies limited which was started by her father Mr. Shiv Nadar in the year 1976.

Roshni Nadar was born in the year 1982 in the capital city of India Delhi. She wasn’t fond of technology at first. She worked as a TV news producer for Sky News in the UK after earning her undergraduate degree in radio, television, and film from North-western University in 2003. Three years later, she returned to the United States to complete an M.B.A. in social enterprise at her alma university.

In an interview with ET, she stated that she was not interested in the technology business, in fact, she is fond of content creation and also has produced a children’s film. She is also a classically trained musician. She is also passionate about wildlife and conservation which led her to establish the Habitats trust in 2018 which aims to protect natural habitats.

The journey to the hot seat of HCL technologies has been so interesting and she believes that she has huge shoes to fill. The company started off as a hardware organization and is credited for manufacturing the first indigenous computers in the country. From thereon, HCL has been riding the tides of technology. According to HCL, the company is a $9.9 billion global organization, spread around 46 countries with more than 150,00professionals.

Even so, Roshni Nadar has already made a name for herself with her social endeavors. She is a trustee of the Shiv Nadar Foundation that runs the SSN Institutions, the Shiv Nadar University, the VidyaGyan schools for rural children in Uttar Pradesh, the Shiv Nadar School, and the Kiran Nadar Museum of Art. Roshni Nadar heads the Shiksha Initiative as well which aims to eradicate illiteracy, aided by technology.

That was Roshni Nadar for you the fourth Navratna from the navratna special series which shows us that she is not just rich in wealth but also in the diversity of her interests and experiences that straddle spearheading an IT business, doing philanthropy, producing films and wildlife conservation.